Just days before International Women’s Day and the Sydney Gay and Lesbian Mardi Gras, the exhibition Collection+: Shaun Gladwell opened at UNSW Galleries. Since re/opening in 2013, the gallery has hosted four solo shows for male artists and, disappointingly, no solo shows for female artists.

Prompted by this discrepancy and the many missed opportunities, I decided to follow in the CoUNTess’ footsteps and get counting!

Here are the results: 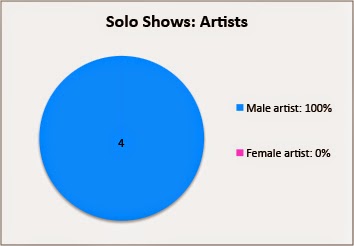 UNSW Galleries’ worst performance was in the category of Solo Shows, with exhibitions being dedicated to Edward Burtynsky, Shaun Gladwell, Richard Goodwin and Richard Mosse. I hope to see this figure balanced out in a year or two. 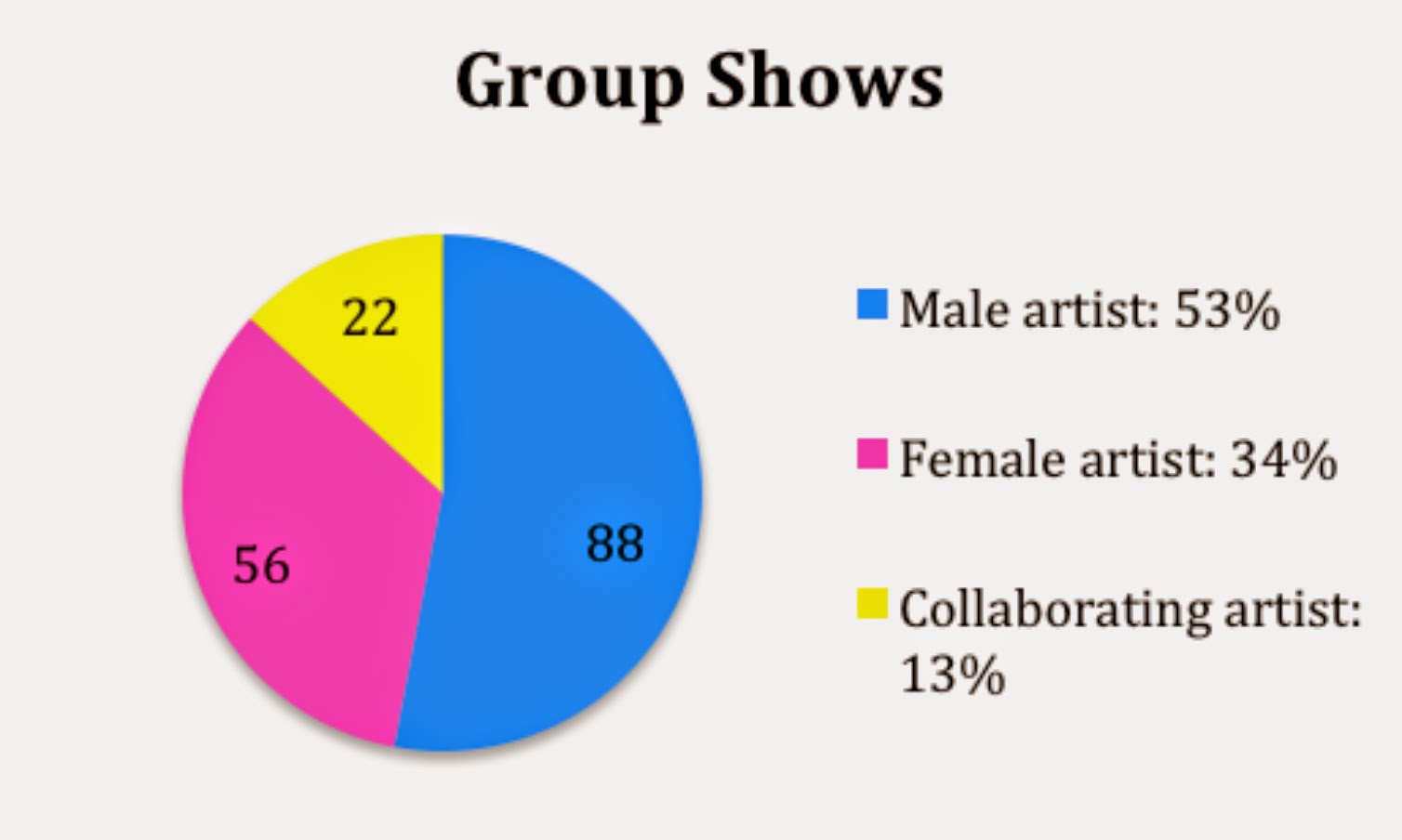 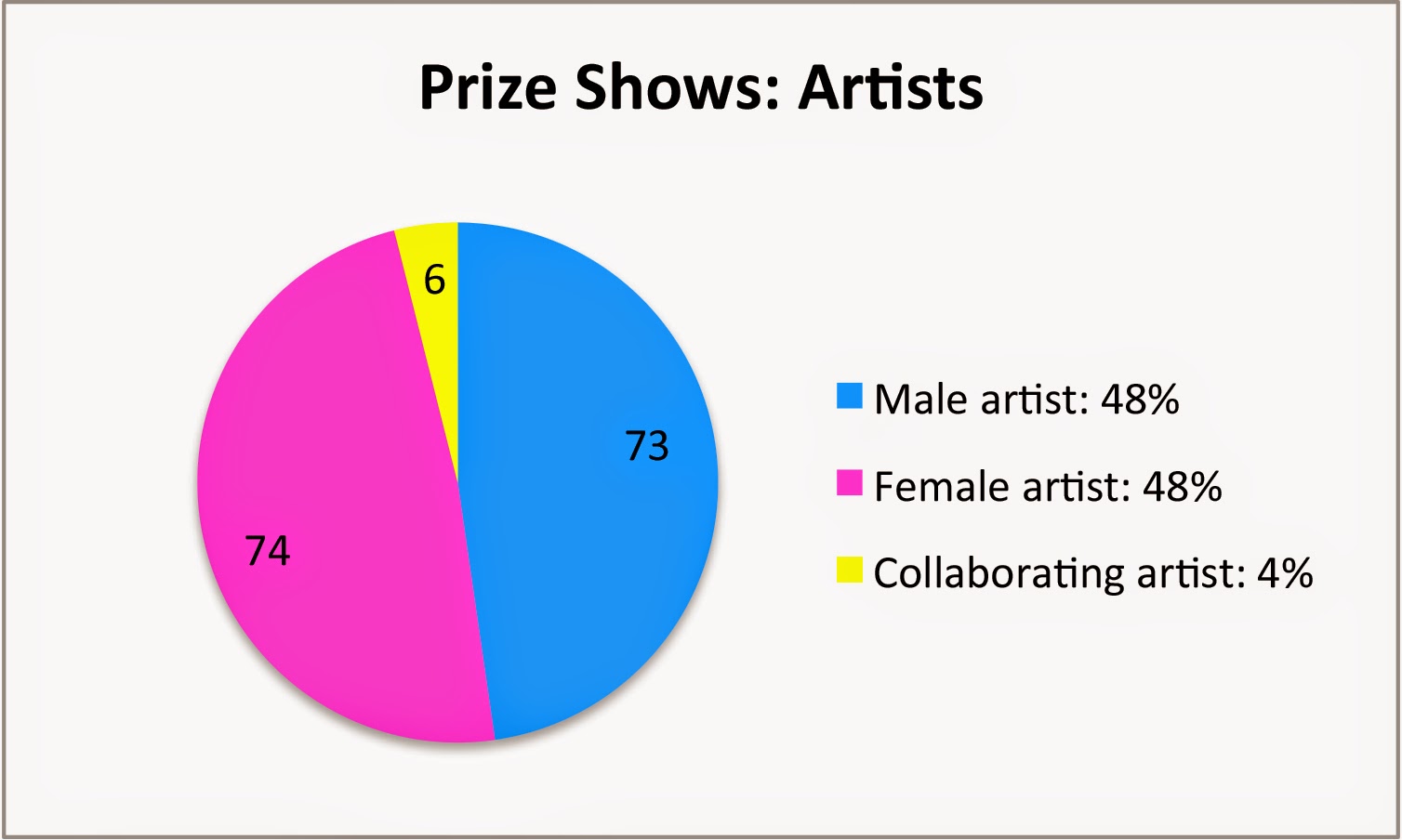 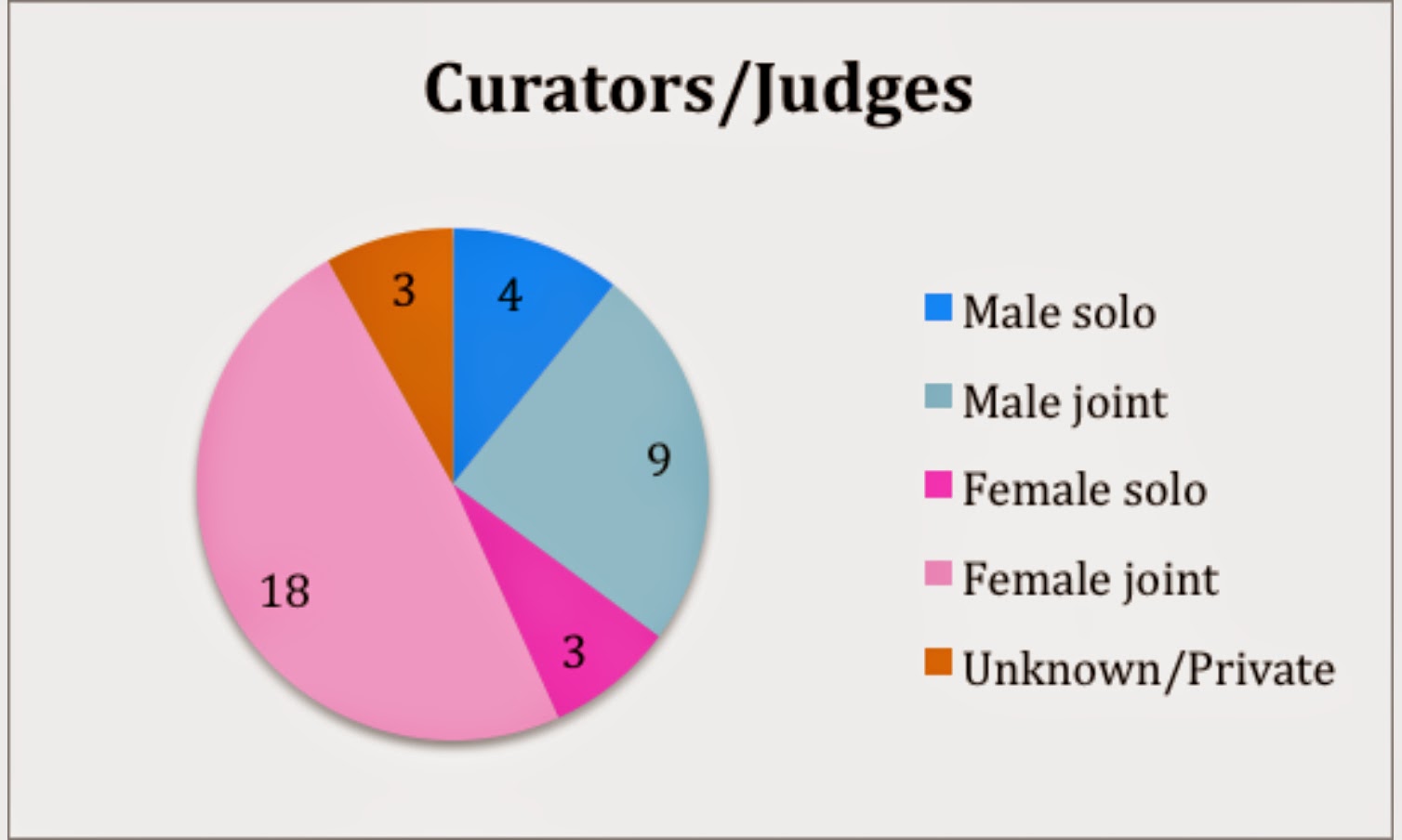 UNSW Galleries also produced some interesting statistics in terms of Curators and Judges. Women tallied 57% of solo and co-curators and judges, while men tallied only 37%. (The remaining 8% are either unknown or private). These are encouraging statistics and remind us that the artworld is no longer so firmly controlled by the old, white, male guard of yesteryear. 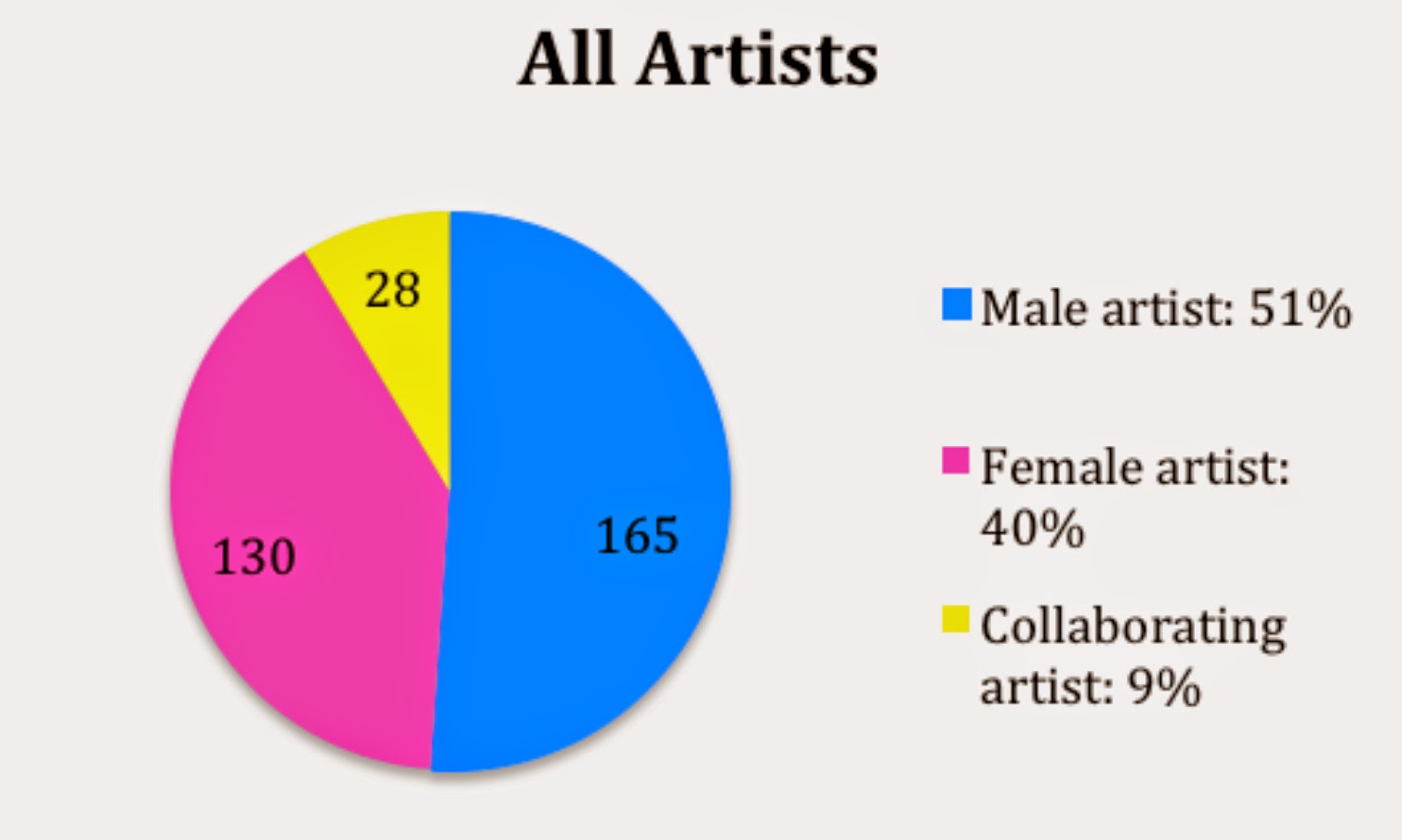 * Student shows including Neil Brandhorst’s SEGUE and The Annual were not included in this count.

this is such important info, thanks! Overwhelmingly, I look at the UNSWAD student body in reference to these grim statistics and wonder what UNSW Galleries are trying to tell us about our prospects.
also, I would like to know how the collaborating artists are somehow separate? Is it hard to tell their gender?

"Women tallied 57% of solo and co-curators and judges, while men tallied only 37%. (The remaining 8% are either unknown or private). These are encouraging statistics and remind us that the artworld is no longer so firmly controlled by the old, white, male guard of yesteryear. "

I'm just wondering why it's seen as a triumph that women are dominating this area? Why are we celebrating a majority in this regard but when men are the majority we talk down about it? As a female i'm concerned we're not happy unless we're more than equal but with a far higher number, why not get as close to 50/50 as we can? I'm concerned people will see this and think we're all for domination and not equality. What exactly are we trying to say here?

Hello anonymous responders!
RE collaboration: I followed the Countess' example in counting collaborators separately.
RE equality: approximately 60% of art school graduates are women. This varies a little from college to college and over time but if you look around a classroom at UNSW Art & Design you'll find this is roughly correct. So I refer to 57% as encouraging as it more accurately reflects the percentage of men and women in the field. 57% isn't dominating!! It's not even an accurate relfection. But it is better than the statistics for artists represented at UNSWAD and it's better than statistics for curators have been in the past.