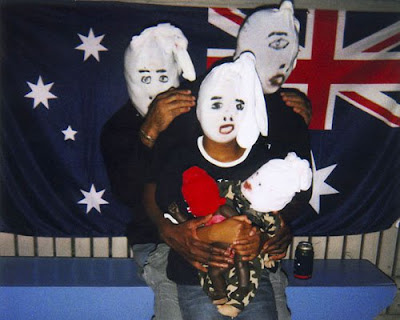 No matter how poor the numbers for women artists are in Broadsheet, they are even worse for Aboriginal artists. In the three years covered by the sample there was one review of an Aboriginal focussed exhibition: Cultural Warriors; two features, both on Richard Bell (a Man of Action); a couple of mentions in reviews for BOS 06, and News from Islands; and one image in two opinion articles about the Blake Prize for Religious Art (Shirley Purdie, Stations of the Cross, 2007).

One possible reason for this low coverage is that many Indigenous artists make paintings and the questions raised by artwork in this medium, do not coincide with the interests of the magazine. While it is not Broadsheet's responsibility to cover all shows and issues current in Australian art dialogues, and while Aboriginal artists received excellent coverage in other magazines like Art Monthly and Art Collector, it does seem very poor.

This poverty of coverage was amplified for me by the lack of 'Opinion' type articles focussed on the apology to the Stolen Generations by Prime Minster Rudd. In the three years of the sample, there were many 'Opinion' pieces written quickly in response to current events. These include, among others, articles on the APEC gathering in Sydney, the legacy of the Howard years, the Sedition laws and the 'Henson affair'.

In the first issue for 2008, which probably was very close to, if not printing, at the time of the apology on February the 13th, there were two 'Opinion' pieces responding to Charles Merewether comments in an article by Sebastian Smee in the Australian (5/11/07), where he claimed that Australia is parochial and insular, with no culture of ongoing discussion. No matter how frustrating Merewether’s comments may have been, they pale into insignificance when compared with the apology, its potential impact, and the questions it raised in the ongoing need for reconciliation. I hope that the 'Opinion' writers have considered what can be added to the dialogues around the apology and reconciliation one year on. I am sure I am not the only one looking forward to reading them.
Posted by count.esses(at)gmail.com at 3:21 PM 2 comments: