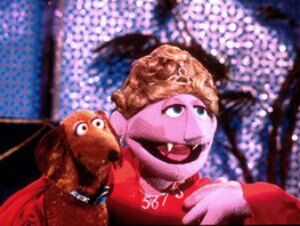 CoUNTess is so excited about the graduating shows opening all over Australia in the next couple of weeks, those slaved over fund raised catalogues will provide the hard copy for counting the gender balance of art school graduates. Some of our advance orders have already arrived in the CoUNTess offices.

CoUNTess is often hearing how women make up between 70-90% of students at Australian art schools. If this figure is true then why is it not reflected in the numbers of artists shown in artist run spaces, public and commercial galleries and museums? So far our figures say 40% at best. Many women artists have a whole career without mention in an art magazines, where on average women make up 30 % of the artists featured. Why? And does seeing others of same gender succeed or fail influence an artist’s ambition?

A typical spiel on an artschools web site says


However, as the discipline is charged with a responsibility for the education of professional visual artists, it is ultimately judged by the quality and proportion of its graduates who regularly and successfully exhibit in public and commercial galleries in Australia and throughout the world.

Given our figures, we think institutions should really be a little more upfront with their female students, as clearly when they graduate they are not achieving the levels of their male peers. Its like one giant scam.

Female visual art graduates future opportunities compare shamefully to women in other female dominated tertiary programs and their corresponding industry gender representation. CoUNTess wonders if the whole of art education has become a sausage factory where a few bureaucrats are milking vast numbers of student supplicants to feed their own need for employment.

This poses the question, should we be training so many female artists at art school, when there is not much opportunity for them as artists in the art world? Annika Strom thinks not. In the last issue of Frieze Issue 119 (Feature articles: 9 male artists, 3 female artists) she is the respondent in the regular questionnaire column on the last page.


What should change? The ongoing resistance of art museums to buying art made by women. Also, I would like to see more big solo shows by women before they're dead, and 90 percet less admission for women to art schools, as I am sick of teaching them while knowing they probably won't have their work displayed in any big museums or bought for major collections. Obviously women at art schools are a waste of taxpayers' money.

Posted by count.esses(at)gmail.com at 7:58 PM

perhaps we need to redfine what success is. it makes me admire the women who make it a lot more knowing what odds they were up against